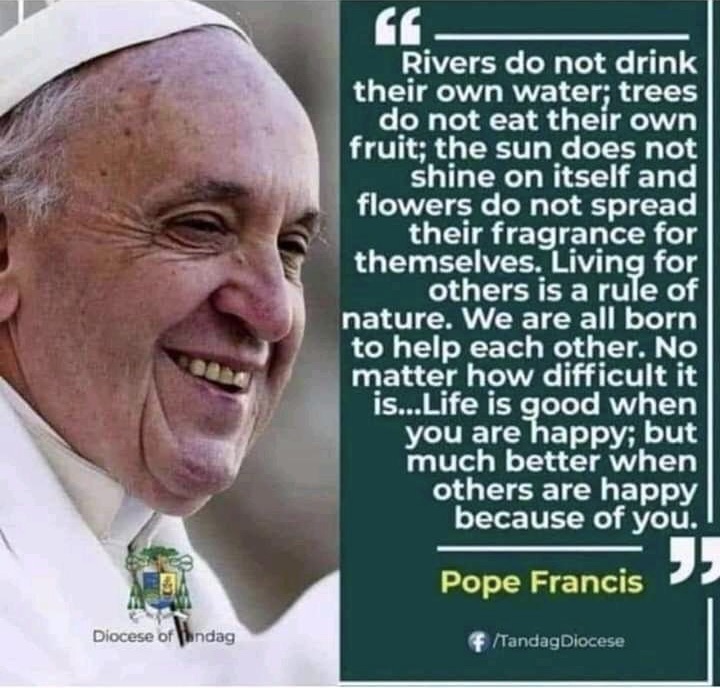 Pope Francis has directly appealed to oil and gas companies to move from fossil fuels to renewable energy in order to prevent climate change pushing the world’s poorest people deeper into poverty. The Pope issued the call at a meeting held in the Vatican on Saturday 9 June 2018 attended by executives from many of the largest global energy companies.

The Holy Father told the fossil fuel representatives that switching to clean energy such as solar and wind power “is a duty that we owe towards millions of our brothers and sisters around the world, poorer countries and generations yet to come”.

Some energy industry figures have tried to argue that fossil fuels such as coal, oil and gas are necessary to tackle poverty, as people need access to energy to pull themselves out of poverty. However, the burning of fossil fuels is the main cause of the climate change which is having the greatest impact on poor communities.

“We received the earth as a garden-home from the Creator; let us not pass it on to future generations as a wilderness” – Pope Francis

And research from CAFOD and groups such as the Overseas Development Institute has shown that off-grid energy powered by renewable sources such as solar power are usually the quickest, cheapest, safest and most reliable way of bringing electricity to poor communities. Pope Francis echoed this, telling the oil and gas bosses that “the more than one billion people without electricity today need to gain access to it” if we are to end energy poverty, but “that energy should also be clean” – not generated by fossil fuels. Francis said:

“Our desire to ensure energy for all must not lead to the undesired effect of a spiral of extreme climate changes due to a catastrophic rise in global temperatures, harsher environments and increased levels of poverty”.

Speak Up to your MP about tackling climate change

We must meet Paris Agreement commitments to protect the poorest people

Pope Francis reminded the energy leaders at the Rome meeting that searching for new fossil fuels to burn is incompatible with the Paris Agreement goal of limiting global temperature rises. Instead, business leaders must speed up the transition from fossil fuels to renewable energy as it is “the poor who suffer most from the ravages of global warming”. The Pope said:

“Many of those who can least afford it are already being forced to leave their homes and migrate to other places that may or may not prove welcoming. Many more will need to do so in the future.”

Share the journey with refugees affected by climate change

Dialogue to care for our common home

“The Holy Father wrote in Laudato Si’ that he wanted to ‘enter into dialogue with all people about our common home’. Preaching to the not-yet-converted at this week’s meeting is an example of the Church doing exactly this.

“Francis reminds us in his encyclical that ‘Business is a noble vocation’, but also asks why anyone would want to be remembered for failing to act when the world’s poorest people are being pushed deeper into poverty by climate change. It’s a question fossil fuel executives would do well to ask themselves.

“If energy companies are serious about caring for our common home, they need to take the Pope’s advice and hurry up with shifting their priorities – and therefore their money – from fossil fuels to renewables.”

PRAYER FOR THE ENVIRONMENT – inspired by “Laudato Si”

Living God,
have mercy on us,
for the times we forget
that we belong to each other.
You call us to be still,
to hear the whisper of our Sister Wind,
to feel the radiance of our Brother Sun,
and to be nourished by our Mother Earth.
Renew us in your healing love.
Inspire us to water the earth,
and nurture one another,
so all may flourish.
Together, as one family,
may we always sing your praise.
Through Christ our Lord, Amen.

There will be an additional Mass on Wednesday 29th June at 7:30pm for the feast of St Peter and St Paul. On Thursday 30th June there will be a requiem Mass at 10:30am for Mrs Bernadette Swale.